Construction zones and speeding is a sensitive topic to cover. To stir the pot a little more, we’re going to throw in our thoughts on photo radar.

The safety of those that work on the roads should always be a top priority, but isn’t. It might even be a lower priority than one might think according to how we view the photo radar cash grab.


What we feel is a photo radar cash grab

It’s the intent, the way the funds are used, the hypocrisy and the overall way it’s displayed and presented to the public. Speeding through any zone where people are present (School zone or construction zone) is a serious offense and more effort should be placed on the immediate safety of the workers. there should also be more severe consequences to those who are caught speeding. Fines are not enough. 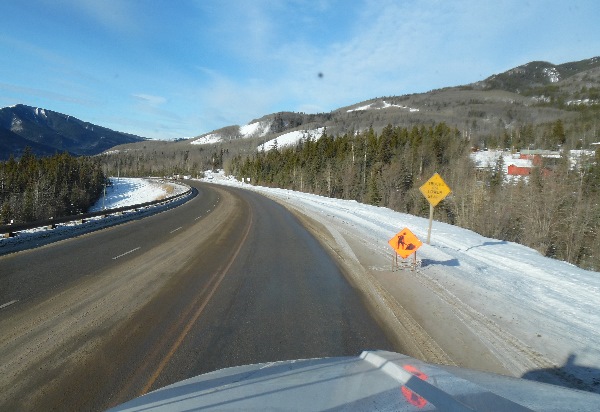 We agree with the argument if you don’t want a ticket, don’t speed, but there’s more to it than that. Safety and awareness involves more than just handing out tickets. Think about these two words, Hidden Camera. Who hides any part of safety prevention? Think about this too while you’re at it. Part of safety involves education and awareness and photo radar can’t even determine who the driver is.

In recent years the city of Calgary generated hundreds of thousands of dollars by installing a hidden photo radar camera during repairs of the Calf Robe bridge. When the repairs were done, the headline on the local paper read, “Cash Robe Bridge”. There was even a link from a Toronto paper that picked up the story here.

The fact they kept it fairly secret means they were more interested in the money than the safety of the workers. If they were aware of the number of people speeding through the zone after the first week or two, they would have changed, improved, or altered the setup to slow people down before entering the zone. This would mean there was true concern for the safety of the workers.

My conspiracy theory mind says that someone in a certain department with access to these numbers had already calculated the estimated proceeds to the city after the first week. I wonder if it even became part of a budget?

Statistics could clearly determine whether this was a cash grab or not. If we were able to see a weekly tally of the number of speeders that were caught, we’d know the truth. If there was an increase, or no change throughout the construction period (That lasted for months), we know it was nothing more than a cash grab.

How do we know this? Because someone truly concerned about safety would have said, “Hey, this isn’t working. Fix it before someone gets hurt or killed.”

The numbers never lie and the response to the numbers show the true intent.

If they were truly concerned about the safety of the workers, they would have done more to ensure people would slow down immediately before the zone. I drove over this bridge nearly every day on my way to work at my summer job and saw virtually no police presence at all.

The photo radar ticket does nothing for the safety and protection of the workers while they’re working. It does little or nothing for improving safety and awareness of the problem of construction zones and speeding. There is little or no consequence for the drivers that are speeding, other than paying a small fine they may or may not even know why they got it. How many of them even read what the fine was for? There is nothing done to educate these drivers on the dangers of their actions.

Maybe part of the penalty for construction zones and speeding (For those they catch) should be to stand at the side of the highway holding a shovel for 8 hours while vehicles zoom past at 60 mph? I’m sure the speeders would gain a new appreciation for what it’s like to work on a road or highway. Maybe part of the penalty should be community service picking up garbage on the side of the road or highway? Maybe some of the fines could be used for classroom education?

Classroom education? I like this idea. When you get the ticket you should be required to report on a certain day to a registered seminar on speeding through construction or school zones.

Maybe then they would have a little more respect for others in that position? this is a lot of maybe’s. Maybe someone in a position to push for changes will read this? 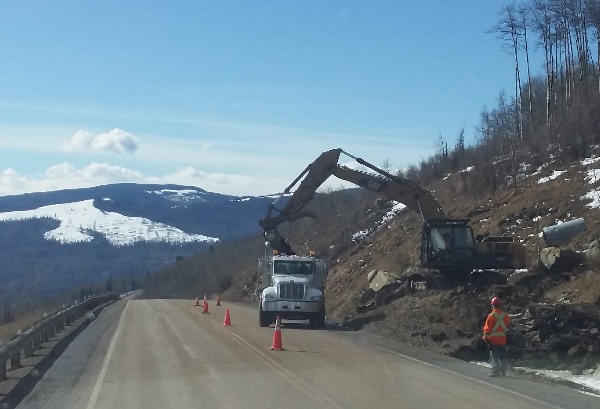 Construction zones and speeding. Imagine it’s your loved ones out there working and slow down for courtesy and safety of the workers.

One more thing to consider about construction zones and speeding,

What if a small rock (Anything for that matter) is dislodged from somewhere on a vehicle at 60 km per hour and strikes a worker in the head?

You should slow down to school zone speeds when actually passing the workers. Remember the signs posted are the maximum posted speed you’re allowed to drive though the zone not what you have to drive. This may seem slow to you, but the workers will appreciate it. Do the temporary posted limit through the rest of the “worker free” zones.

Thanks for reading Construction Zones and Speeding

Off road trucking in the oil and gas industry can be fun, challenging, and financially rewarding. This section of our Oilfield trucking series is END_OF_DOCUMENT_TOKEN_TO_BE_REPLACED