It’s a relatively new term in the oil and gas industry, so what is it and where did it come from?


When we add the word “Super” to an existing word it usually mean “Large scale”. This is often the cumulative result of rapid improvements in technology, equipment, and expertise as is the case in the hydraulic fracturing industry.

The road to superfracking started with improvements to drilling technology like horizontal drilling and more advanced drilling tools, but the improvements aren’t just limited to those areas. Everything is all about bigger, better, faster.

Although horizontal drilling isn’t a new concept, more recent improvements have given companies the ability to drill more efficiently. Horizontal drilling allows for greater access to the oil and gas in shale formations. This makes sense doesn’t it when we know the reservoir beds themselves are more horizontal than they are vertical. 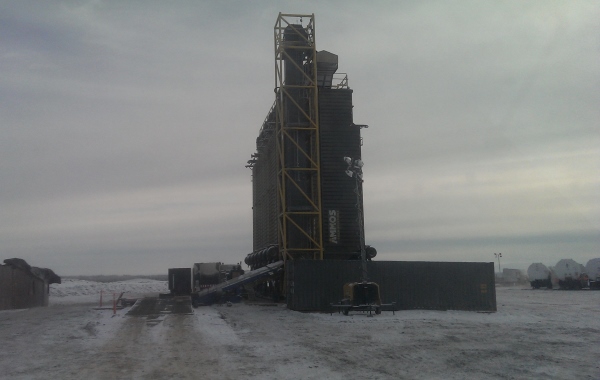 Superfracking requires huge storage units like this to house thousands of tons of frac sand.

We could use a cup and straw theory as a basic analogy to put some of the efficiency into perspective. Just keep in mind we said basic analogy, because it’s not technically correct.

Imagine 10 cups of pop on a table in a restaurant. (These represent reservoirs.) Instead of pushing the straw (Drill) through each lid to access the pop from each cup. New methods would allow you to retrieve the pop from all 10 cups on the table through 1 straw. Each additional cup you can access means more pop, while saving the cost of one more straw. (Another drilled well.)

The old method was to drill single vertical wells accessing the horizontal beds, so you can understand where the gain is. Each time you wanted to pull product from a new bed, you drilled a new vertical well at a different location. (These straws are extremely expensive.)

Is Superfracking good or bad?

So the drilling rig drills actually drill multiple horizontal wells reaching out in different directions all from the same location like the legs of a spider. We call them multi-well pads. While environmentalist claim more water consumption and sand mining is an issue with fracturing, it’s not quite what it appears to be.

It’s the demand for the product that pushes companies to be more efficient and profitable in their production. The use of fresh water and sand should be proportional in relation to the amount of product being pulled from the ground, but is it?

There are positive sides of Superfracking like the savings in costs of having to move the rig only 20 ft or so for each hole. There’s also less environmental impact on the surface with road building, tree clearing and pipelines. The demands of Superfracking have also led the industry into better water management and recycling of frac water. So are we actually using more fresh water or less?

It’s bigger, better, faster with every aspect of what we do, but it’s also making us more efficient. 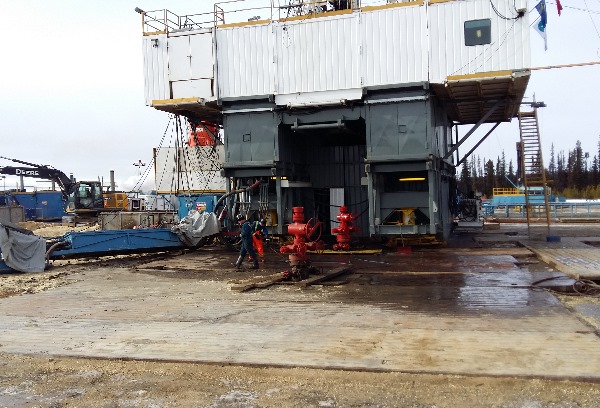 Superfracking utilizes multi-well pads for efficiency. Rigs are “Walked” or “Skidded” to a different location on the same pad without being dismantled.

Drilling of these multi-well pads is called “Clustering”. With a multi well pad, new holes are drilled by simply moving or walking the rig a short distance without dismantling it which is called “skidding”. You could easily have 4 or more holes on one pad with each one horizontally drilling to reach out to more oil and gas.

However, one of the problems with “Clustering” wells above the surface, is managing the “Downspacing” below the surface. There has to be sufficient space so you’re not robbing products from another drilled well.  In essence, you don’t want 2 straws sucking from the same supply of pop to drain it faster knowing how expensive the straws are.

The transportation industry had been “Chasing the frac” with products like sand, water, cryogenics, chemicals and other products. Their business once consisted of driving to a different frac location every day to deliver these products and still happens in some places depending on the type of well. An efficient frac crew could do 2, 3, or even more small frac jobs in one day all at different locations. Superfracking demands have changed the way transport is done and we’ll get into on the next page.

Off road trucking in the oil and gas industry can be fun, challenging, and financially rewarding. This section of our Oilfield trucking series is END_OF_DOCUMENT_TOKEN_TO_BE_REPLACED