Truck driver pay is always a hot topic, but at truckerswheel we make it even hotter. We throw in a little politics, a dash of economic exploitation and some corporate greed to make your blood pressure rise a bit.


I was originally going to leave Truck Driver Pay for a later date with so many articles on my “to do” list. There were a few reasons why I chose to bump this one up the list.

First, I experienced this first hand with a recent job change that put the truck driver pay issue fresh in my mind. Another reason is listening to drivers blaming the freight companies. I felt this issue went further up the ladder than than just the freight companies and let’s not forget they’re squeezed by big corporations just like you’re squeezed as a driver. 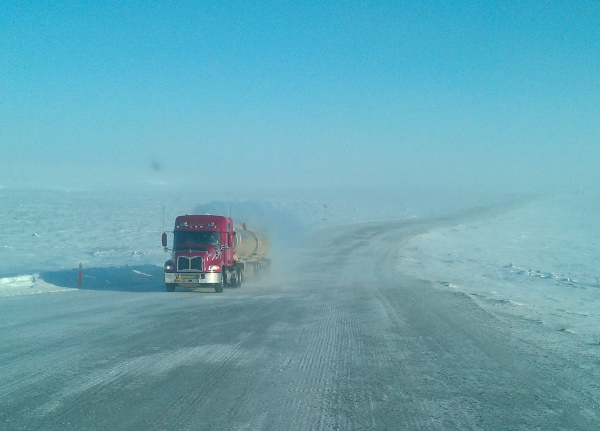 Ice road truckers make considerably less then most people think. TV shows and rumors can be quite misleading.

There’s also been a lot of political and economic issues regarding entitlement, fiscal cliffs, higher corporate taxes, a shrinking middle class and a recession. I’m quite political, so this get’s me thinking of contributing factors to the truck driver pay issue like corporate greed and economic exploitation.

My personal career gave me an honest perspective on truck driver pay. I started shunting in a yard before moving to city P&D and out onto the highway. From highway work I moved to the off road trucking industry covering both the oilfields and the ice roads.

The oilfield work payed substantially higher than any other job. I was paid for everything I did in the oil and gas industry. I was quite surprised at how low the pay was for ice road trucking. Ice road trucking pays only marginally higher than highway work, but the difference is you’re allowed to work a lot more hours.

I’ve been rather fortunate to have some fairly high paying truck driving jobs, but it wasn’t always that way. I still gave away a substantial amount of money for things I felt I should have been paid for.

there are many truck drivers being exploited and it’s a lot of money, so we’ve got a lot to say starting with this,

Truckers give a one billion dollar a month subsidy to freight costs.

Probably not what you expected to hear is it? Well it’s true and this may even be a conservative estimate, but answer me this question. Are you surprised?

Each month across North America truck drivers subsidize the cost of freight by giving free labor. So, does this money benefit the shipper, receiver, or the freight company? Who knows, but the next time you hear “Thank a trucker”, you’ll know why.

We have some important terms to define, so let’s start off with the difference between “Sense of Entitlement” and “Greed”.

“Sense of Entitlement” is an employee expecting something for nothing.

“Greed” is the company expecting the employees to do something for nothing.

Think about this. We’re just one industry that makes up a small percentage of the overall economy.

If truck drivers are giving over 12 billion a year out of their pockets, how many billions (or trillions), are being subsidized elsewhere in the economy? Where does all this money go? Whether they’re salaried, hourly, or contract, people work for free all the time. This is not a problem specific to the transportation industry. 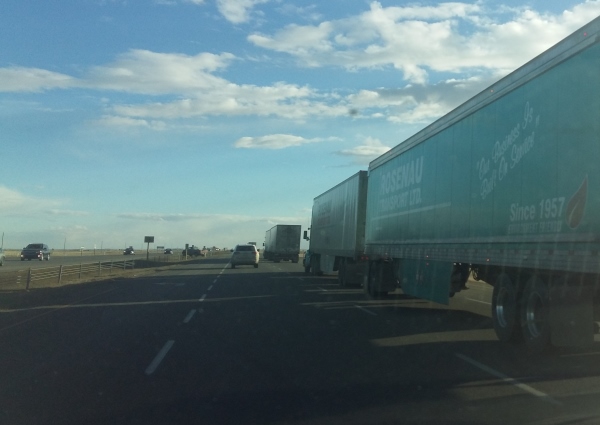 Highway trucking pay has barely kept up with the cost of living increases.

Here’s an interesting excerpt for you to let you know where the money is going.

“The richest 10 Americans increase their wealth by over $50 billion in one year. That’s enough, according to 2008 estimates by the Food and Agriculture Organization and the UN’s World Food Program, to feed the 870 million people in the world who are lacking sufficient food.

GREED. This world is full of it.

Go ahead and say it, I know some of you will. Most of us believe in capitalism too and don’t have a problem with the potential to make unlimited amounts of money. The problem is moral lines are crossed frequently in doing so. By moral lines, I mean that no company should exploit workers to increase profits.

We boycott companies that exploit workers in other countries, but we turn a blind eye to this problem in our own backyards.

Off road trucking in the oil and gas industry can be fun, challenging, and financially rewarding. This section of our Oilfield trucking series is END_OF_DOCUMENT_TOKEN_TO_BE_REPLACED