Truck driver attitude is one of the most misunderstood and overlooked problems facing the trucking industry today. It can be defined as the way you conduct yourself in relation to both positive, and negative influences in your life.


These influences can come from anywhere, but are usually things that happen in your home or work environment. Your ability to deal with these influences will give you either a positive, or negative attitude. life as a truck driver is not all about being able to shift the gears or turn the steering wheel.

Truck driver safety is not the only effect of a negative “driver attitude”. 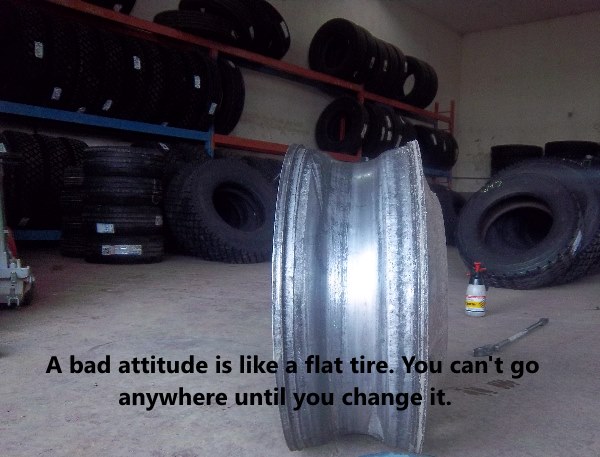 A bad truck driver attitude is like a flat tire. You can’t go anywhere until you change it.

Many drivers with a negative attitude are often labelled with an “Attitude problem”, but we rarely make an effort to understand the reasons why. A driver with an attitude problem could be overwhelmed by negative influences, and is actually having a “coping” problem.

Drivers with a positive attitude are often referred to as “professional” drivers. This is also a misused term. A positive, happy, stress or problem free driver does not in turn make him a professional. (Although, more professional drivers are better at managing their attitude.)

Negative work related influences like poor treatment, lack of respect for family or home time, and low pay for hours worked are pretty common. We’re also finding an alarming number of burnt out truckers on the road as companies have pushed through almost 2 decades of driver shortages.

Management and dispatchers often compound the problems affecting drivers, because they lack the proper skills to recognize and deal with the issues. All they’re interested in is making sure the loads are covered. Every company has a safety department upstairs preaching “Safety first”, while downstairs the dispatchers are saying “I don’t care, just get it done”. (This is a whole topic in itself.)

How confusing do you think this must be to a driver when there are rewards for following all the rules from the safety department, while dispatch is rewarding drivers that break the rules to get the work done?  Talk about a wrong signal being transmitted. Drivers that make the most money in this industry know how to play this little game of pleasing both. Keep in mind we’re generalizing here and not all companies are like this.

If the problems affecting drivers are not fully understood by professionals in the psychological field, how do we expect anyone else to be able to deal with it? It isn’t really that the industry has turned a blind eye to the problem of truck driver attitude, rather than they just haven’t opened that eye enough to see what they need to see.

Most people don’t understand how life is for a truck driver on the road. Even the basic essentials like trying to eat well, sleep well and find a decent place to have a shower. 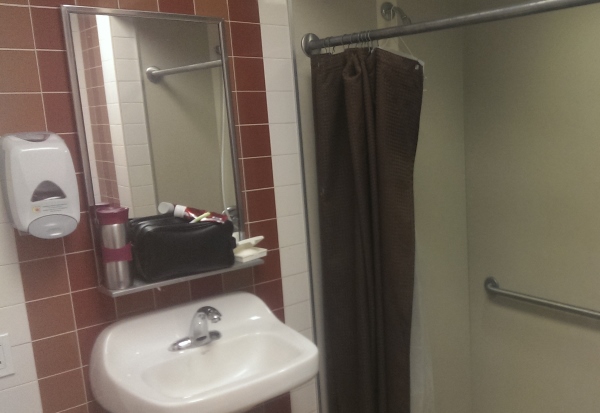 Life on the road for a driver has daily challenges like trying to find a decent and clean shower.

Instead of resolving issues before setting a driver loose on the roads, dispatchers often feed the fire. It’s not uncommon for them to get upset with drivers looking for a small amount of their own time simply to grab a meal or shower.

We already discussed the consequences of poor driver attitude in relation to fuel, safety and equipment maintenance. Poorly trained dispatchers and managers can indirectly be costing companies substantial amounts of money.

It doesn’t stop there. Allowing a disgruntled worker to drive in this condition could be detrimental to the safety of others. The driver’s level of consideration deteriorates with a poor attitude to the point where he may cut someone off, or cause an accident. Incidents like this make ALL truckers look bad. With so many drivers complaining about the lack of respect from the public, we’re shooting ourselves in the foot.

Whether the problem is work related, personal, or another reason, the trucking industry is failing miserably in identifying personal and psychological problems with drivers. They send you down the highway for weeks at a time working twice the hours of a normal job while living in a box expecting you to operate like a machine.

Human resources staff often can’t recognize, or diagnose psychological problems with drivers. They don’t possess the empathy, understanding, or the educational background to do so. A driver often ends up in anger management courses which usually does little to fix the real problem.

Off road trucking in the oil and gas industry can be fun, challenging, and financially rewarding. This section of our Oilfield trucking series is END_OF_DOCUMENT_TOKEN_TO_BE_REPLACED