Changes in trucking are inevitable whether we want them or not. We may not always like them, but we have to accept them and the older we are the less we accept change.


One of the great things about having your own website is you can talk about whatever you want. You get to pick the topics. You get to give your side of the story and nobody can argue any of your points. (Until the comment section). all joking aside, I felt changes in trucking warranted some space on our site. I wandered into a few different areas in this article the way a truck stop conversation does.

The “New” generation of truckers

I’ve heard this term a lot by other drivers. I wonder if they were considered the new generation by their peers? I sometimes wonder if things are better today and if they’re safer? Having been born in the 60’s, I can only go back so far, but I always enjoyed talking with older drivers to gain their perspective on the changes in trucking they’ve seen. 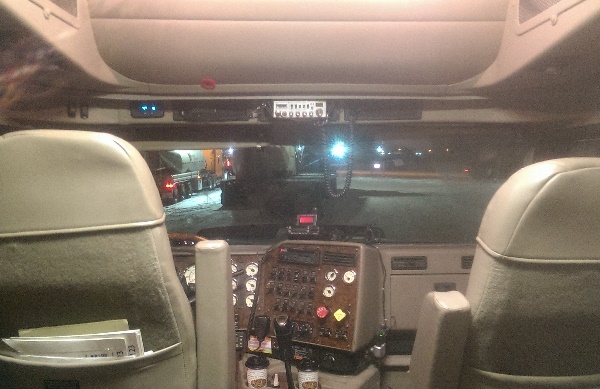 Positive changes in trucking include the equipment. Satellite radio, GPS, and sleepers loaded with all the comforts of a mini RV.

I had relatives that were driving in the 40’s after the war, so I’ve heard my share of stories. From those conversations I learned the equipment is definitely better (heaters for one thing), but the older drivers refer to newer generations as a different “Breed” of truckers. If they are a different breed, then who bred them?

Maybe some of the responsibility lies with us for not teaching them the old ways? Maybe with the influx of foreign drivers we don’t have the chance to teach them? There’s always a part of me that thinks our generation blames, but never accepts any responsibility. We can’t accept it all, but we can accept some.

Then there’s the truck driver shortage.

With a massive influx of drivers from other parts of the world, I’m positive this accounts for some of the changes in trucking that have taken place on the road. I’m sure we’re all aware of this, but this is no excuse for racial slurs or prejudices to be thrown around like confetti.

Way too frequently minorities are being blamed for almost every dangerous, illegal, or near miss incident that seems to happen on the roads. If this were true, than our accident rate would have been zero 30 years ago. But that just isn’t true now is it?

Let’s clear something up.

Stupidity doesn’t prejudice. It comes in all shapes, sizes, races, colors, and ethnic backgrounds. Accidents are common working in the oil and gas industry where there is very little ethnic diversity.

Accidents can happen to everyone no matter what your level of experience. Understanding complacency is a good line of defence to keep you safe.

If you do feel there are certain ethnic groups that have particular unsafe quirks or habits, you’re certainly entitled to that opinion. I don’t like having such a politically correct society that we can’t make statements about different ethnic groups without being labelled a bigot. I believe that sometimes you just have to call a spade a spade. But please be able to back it up with some verifiable statistics and be careful with generalizations as they can get you into hot water.

I recently did some traveling in Africa and Asia and found the driving in Africa an eye opener. I think Johannesburg was worse than Asia and the road rage there is very bad. Asia was an eye opener of a different nature to me. Everybody seems to drive wherever they want, but miraculously, they have very few accidents. They all seem to know what each other are doing.

I was surprised to see how little damage, dents, and dings there were on there vehicles. So maybe they aren’t bad drivers but just different? I managed to get lots of video and will put up a full article on this subject hopefully soon. This way I can gather some proper statistics and research to explain this.

The other thing I noticed in some of the larger cities was there are very few stoplights. It led me to believe that we’re lost without rules and regulations in our society and wouldn’t know how to drive there. They’re in the opposite situation as they become lost in our world of nothing but rules and regulations. We have too many rules, and they have not enough. I’ll investigate this more to find out which country has the best balance. They more than likely have the fewest accidents too.

Off road trucking in the oil and gas industry can be fun, challenging, and financially rewarding. This section of our Oilfield trucking series is END_OF_DOCUMENT_TOKEN_TO_BE_REPLACED